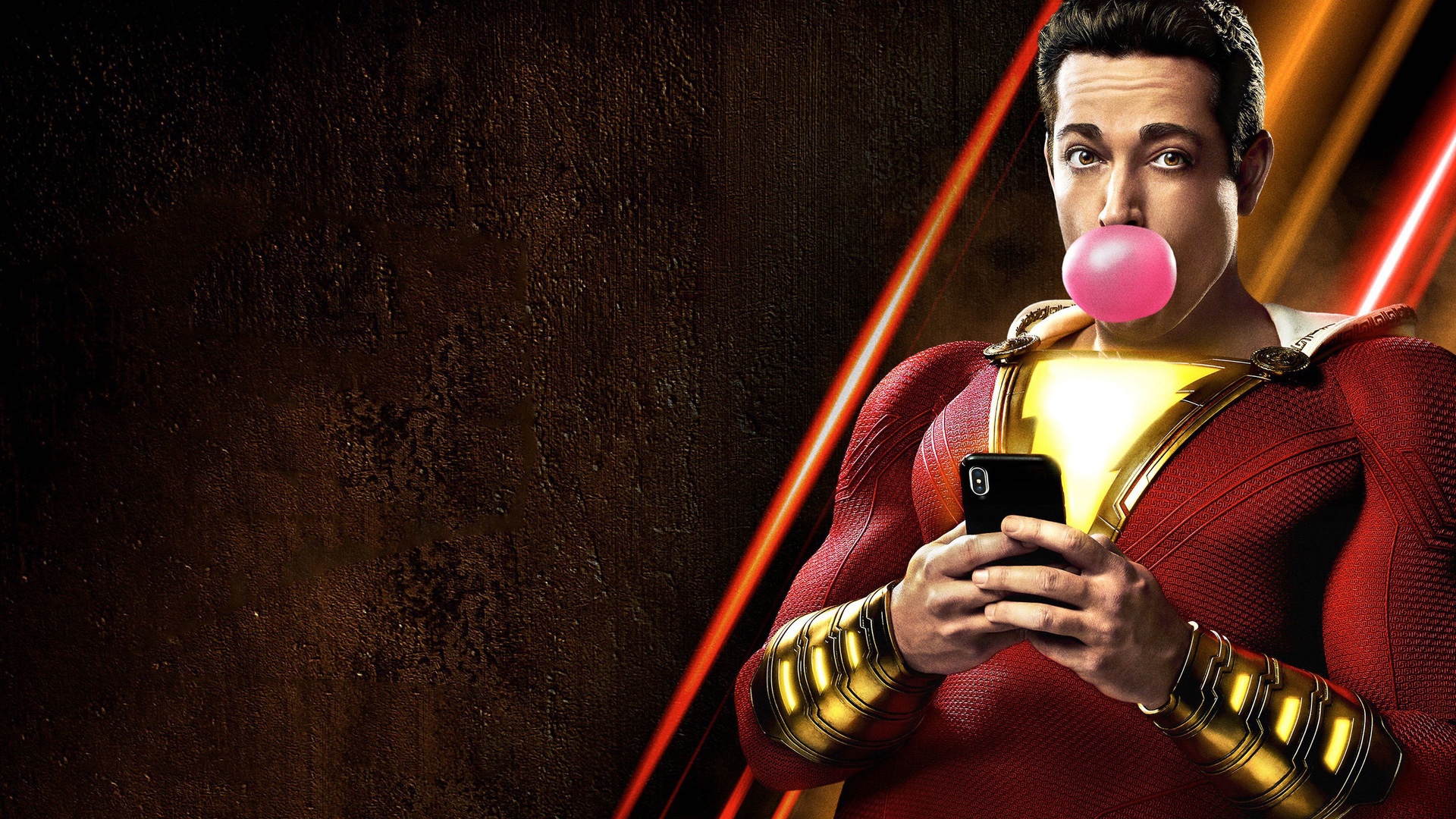 When using the phrase, ‘its had its ups and downs,’ no collection of words has ever rang truer as when you’re talking about the DC Comics Cinematic Universe. Whether it be bringing out its big guns before they were ready in Batman vs Superman: Dawn of Justice, trying to catch up with rival Marvel by fast tracking an undercooked Justice League or hitting it big with Wonder Woman or the surprising Aquaman, its fair to say DC and Warner Brothers have had some hits and misses. But nothing they’ve offered has really spiked my glee until I saw Shazam! 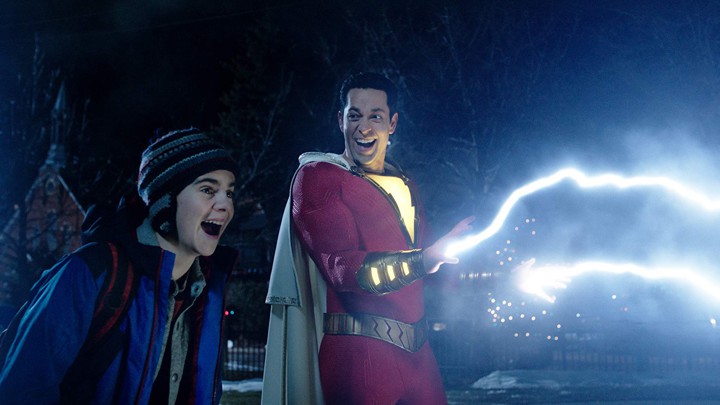 Fourteen-year-old foster kid Billy Batson has a faithful encounter with a wizard that leaves him with the ability to morph into a fully-grown adult with Superman-esqe powers, by just saying the name: Shazam! He barely has enough time to come to terms with his new abilities before Dr. Thaddeus Sivana turns up, backed by The Seven Deadly Sins, demons that live inside of him and grant him similar superhuman powers, with a plan to take out Billy and control the world. Obviously, Billy’s gotta stop this. 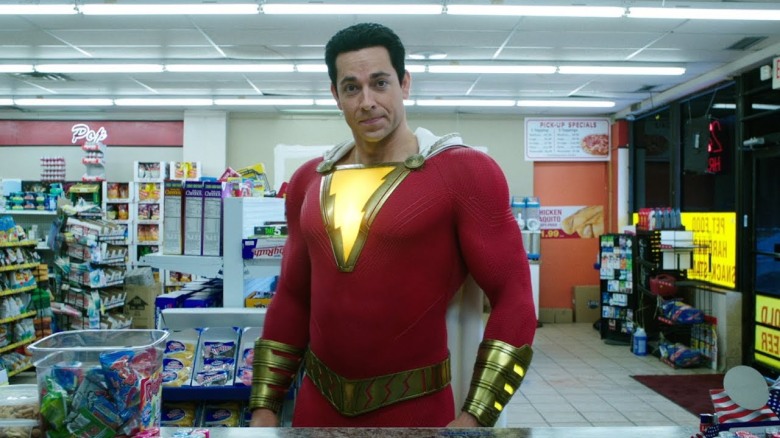 The first thing that stands out here is the comedy. Films like Thor: Ragnarok have shown us that audiences like it when these spandex superheroes don’t take themselves too seriously. And what better way to set this up than to have your main character be an adolescent who can transform into an overpowered adult? Zachary Levi is an absolute hoot as the ‘grown-up’ Shazam, perfectly portraying the wonder and giddiness I feel any teenage boy would feel if they were granted this opportunity. It gives me vibes of the original Spider-Man film, where we went along for the ride as Peter Parker had himself a time learning his new abilities. 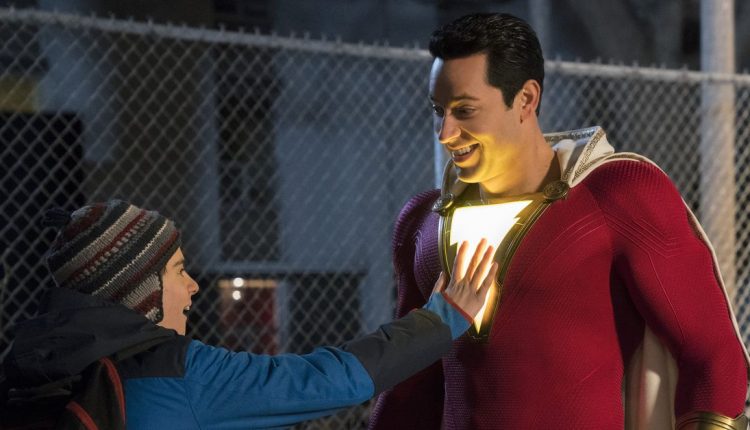 The film also brings a lot of heart. Billy was left alone by his teenage mother as a child, and has spent his life jumping from foster family to foster family, feeling that he doesn’t belong, but all the while trying to reconnect with his real family. Billy’s latest foster stay teaches us the importance of friends and family, and that we don’t always have to go it alone. And foster brother and best friend, Freddy, a cripple with the personality the size of Mt. Everest, and his relationship with Billy really drives home that message. So when the evil doctor shows up and threatens this family, it really means something to us as an audience. 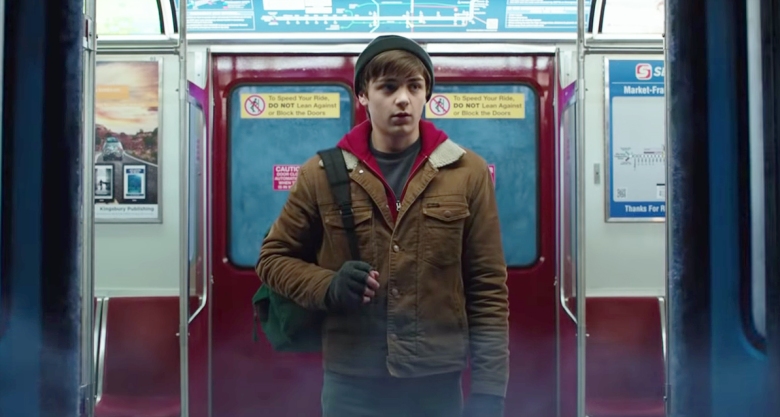 The only true fault I found with this movie, lies in the hands of our teenage protagonist. Where I have nothing but praise for the on-screen realisation of Shazam, I found that Asher Angel’s performance as Billy Batson lacked the charisma that Zachary Levi brings in spades. Ironically Levi was more convincing as a teenager than the sixteen-year old Angel. So, it was really hard to believe that the two were in fact the same person.

Shazam! is still very much connected to the wider DC Cinematic Universe with many an Easter egg to be found. I haven’t had this much fun with a superhero movie in quite a while, and it is certainly refreshing, especially with a hero I know little about. Shazam! is a light watch with genuine laugh out loud moments, and one of the best films of the year.

Shazam! is in cinemas now.