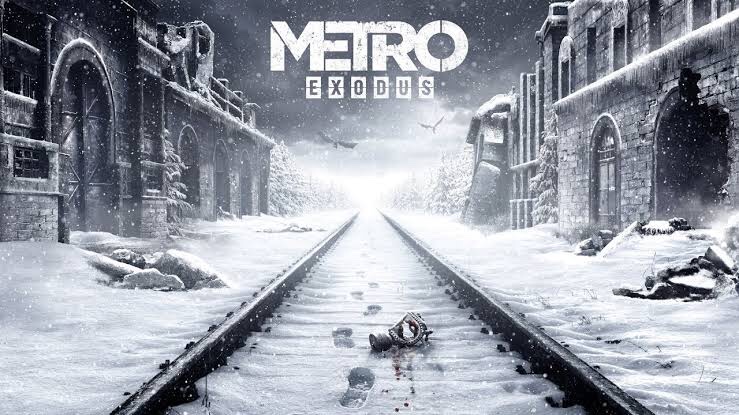 Uncertain at first, I had to push through.

The first sequence of the game is a struggle, but once you kick down the barrier that is the first chapter, Metro Exodus really opens up.

A seemingly open world game with similarities to the later Fallout games and Far Cry.

Post-nuclear war, the game is set in an apocalyptic wasteland, you play as Artyom (Art-yem), a ranger of the Metro.

Just when Artyom thought all hope was lost outside the Moscow Metro, he stumbles across something so much bigger. Alongside his wife, Anna, Artyom leads a group of survivors on a journey in search of a better life.

Metro Exodus is the third game in the series, set one year after the events in Metro 2033.

When first exploring the world I felt as if I was playing a restrictive version of Fallout 4, but as the game progressed I discovered unique elements within what I had originally perceived as another game.

The environments and enemies in this game just keep on giving. One minute you’re exploring a winter wasteland, the next you’re sweating it out in a Mad Max esque desert. The enemies are interesting, that’s for sure, Fish worshipers and post-apocalyptic, axe wielding Nazis – I’ll say no more…

I went through many moments of riches while gunning down a dozen human enemies with troves of loot, crafting materials and ammunition, only to lose it all as a pack of mutants charge and forced me to unload every last bullet.

Weapon customisation is fast, easy and satisfying. Be sure to collect every little material you can, they won’t go a long way when crafting ammunition.

The addition of a mini workshop on your back makes creating items like gas mask filters and medkits a breeze.

There’s no on screen waypoint or permanent HUD in Metro (this is a good thing!) instead you must rely on your map/compass. If you’re thinking, “Screw that, too hard!”, think again, it’s a wonderful way to explore a game.

Every so often an odometre appears on screen, advising you how you’ve travelled throughout the game. This is a nice reminder of your journey.

Overall, Metro Exodus is surprising, terrifying, adventure-filled, full of action and emotion, a great addition to the Metro Series.

If you’ve played the previous two games you should give this one a solid go.