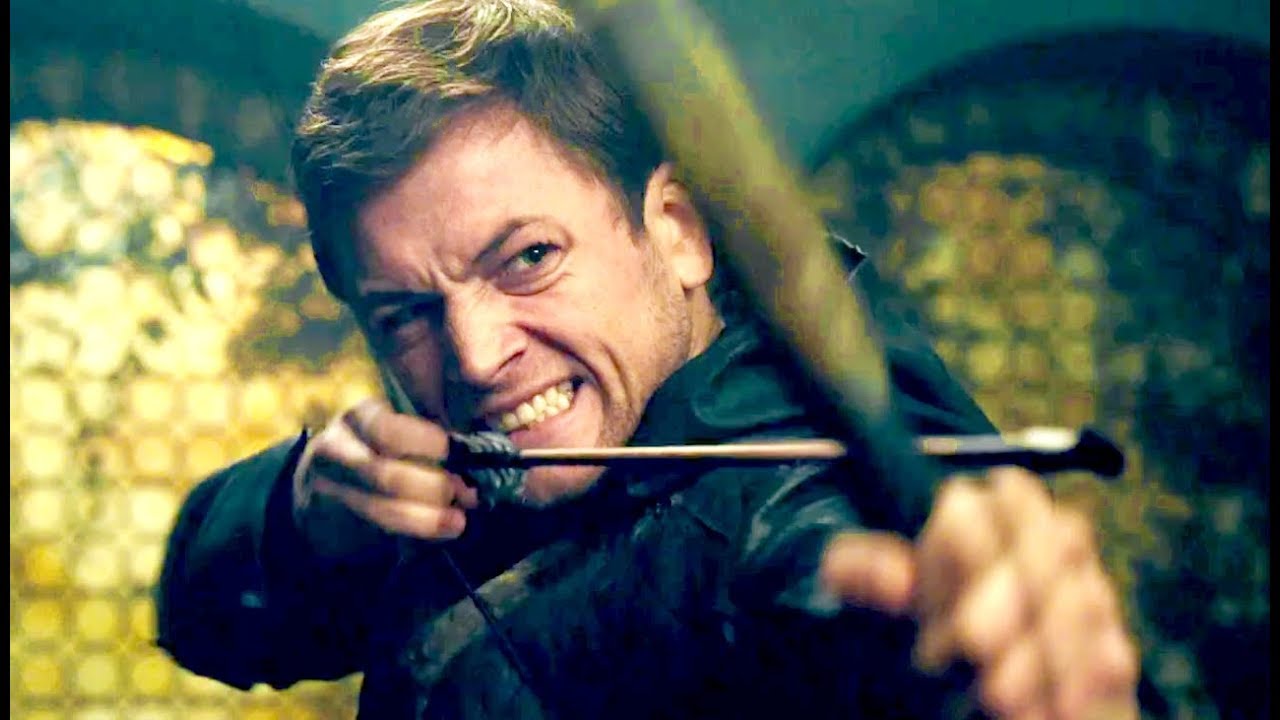 Here we have another retelling of the classic Robin Hood tale, this time focusing more on his transition from Lord of Loxley to that of a thief who steals from the rich and gives to the poor.

Here we have another retelling of the classic Robin Hood tale, this time focusing more on his transition from Lord of Loxley to that of a thief who steals from the rich and gives to the poor.

Taron Egerton dons the hood in this iteration. I’ve never been particularly fond of Egerton, I mean, he was okay in the Kingsman films, but I always found everything and everybody else around him were so much more interesting. He has always felt very vanilla, very generic to me. And that’s exactly how I’d some up this movie. Generic.

I don’t feel like this film earns anything, especially the ending. Everything is glossed over so quickly, including most character development, the relationship between Robin and Marian and the teaming up of Robin and Little John. It all kind of just happens, and the filmmakers expect us to accept it.

But saying this, one shining light among all these boring character portrayals is Ben Mendelsohn as the Sherriff of Nottingham. It may be because Mendelsohn is a great actor and an even better bad guy, but the Sherriff catches my attention every time he is on screen. We even get a bit of back-story! Which seems to be a huge rarity in this film, and makes us understand his thirst for power.

All negative story digs aside, the film actually delivers some incredible action sequences. When Robin Hood is doing his thief thing, darting about, dropping bad guys with arrows all over the place, it’s a hell of a lot of fun. There is one outstanding chase scene, where horses do things that I didn’t believe were possible. The action is well shot and perfectly orchestrated.

One thing that really took me out of the story though, was the weird costume design. They’ve tried to modernise it, I assumed so the players look better? But it just comes of silly. Maid Marian looks like she just walked out of a Cotton On, as apposed to a woman living in the Middle Ages.

In conclusion there is some fun to be had when the fighting starts, but the lack of story or character development makes it hard to care. Looking at the films IMDb page, there is a video link with the caption ‘Robin Hood Stars on Making a Classic Cool Again’, and this brings it all together for me. They focused so much on making it ‘cool’, that they forgot to give it heart.