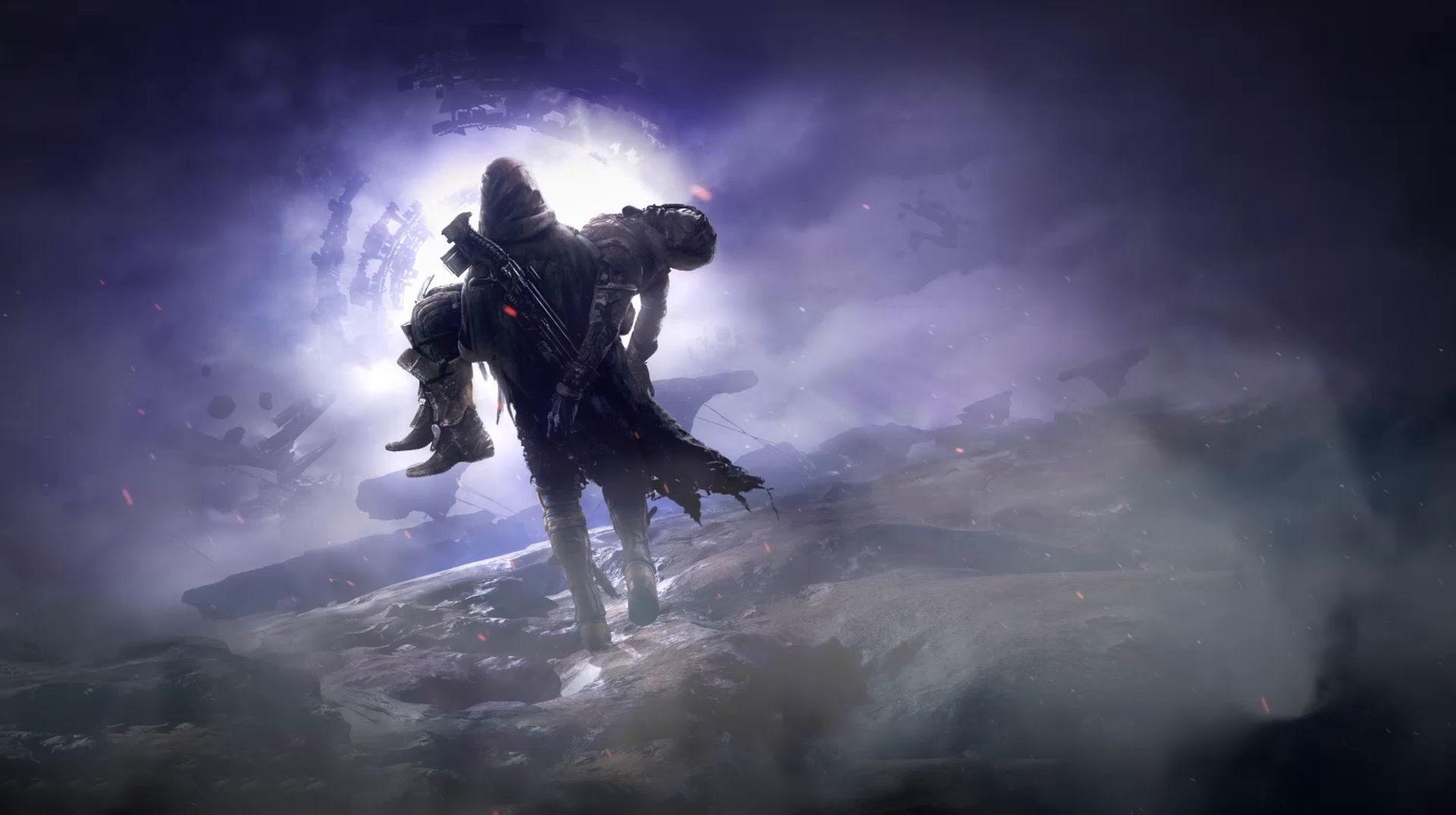 Year 2 has officially begun for Destiny 2 players with Forsaken: the all important expansion which has been out now since September 4. Arguably Bungie’s most important DLC to date, Forsaken is tasked with the almighty job of fixing Destiny 2’s content and falling player numbers.

Sometime ago Bungie almost admitted defeat when it asked the worlds best Destiny content creators to come to their headquarters to discuss which way the game should be heading. Credit to Bungie for doing this, not only did they open their ears and listen to the community but they also threw an incredible amount of hard work into Forsaken, and we the players thank them.

Forsaken is the saviour we were all waiting for.

If your not a Destiny player then your about to read a lot of words that won’t make any sense to you.

First of all this game is a rinse and repeat grind, and Forsaken brings back from Destiny 1, random roles on all weapons and armour (except exotics), this is a big step in the right direction and the moment Forsaken came out i was talking with players in my clan about weapon drops that we got. It gave us something to talk about, and also it gives you something to chase. It was exiting again. You might love your Hand Cannon, but if it had explosive shells then it would be perfect. Or you might want little bit more range out of your Shotgun so you can take it into Crucible, find one with the extended barrel perk.

Rather than putting up with what your given you can now build your character with your play style. Use weapons and armour that are comfortable to you.

Crucible has had some tweaks. Its back to 6 vs 6, which i prefer, there are new maps. But the biggest change is the new Gambit mode, this is a mix of PvP and PvE action and it is super fun. Two teams of four in there own arena race to see who can collect the most ‘motes’ and summon a boss, who ever kills that boss first is the winner. To make it more interesting, you can send blockers over the other side to stop the other team from depositing their motes. Or you can send a team mate to cause mischief. Its a really good game mode and its sure to get a huge amount of play time with Trials of the Nine out at the moment. 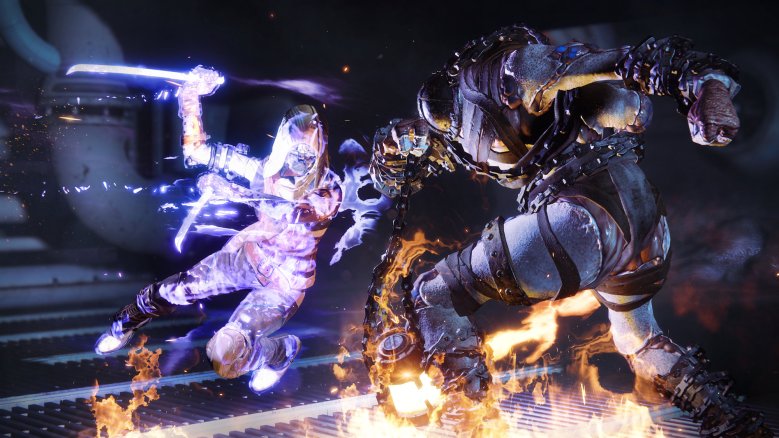 Bounties are another thing missing from D1 that Forsaken brings back, and they are plentiful, every NPC that you can talk to offers up daily and weekly bounties. D1 had ten bounties a day, that now is upward of 50.

Also returning are Daily and Weekly activities that drop powerful gear. They can be anything from Heroic Story Missions, to playing a game of Crucible or doing a Strike.

Forsaken brings in new Strikes as well, and i mean completely new not just pumped up versions of the story missions that Warmind and Osiris DLC’s gave us. They are unique and have new game mechanics that we haven’t seen in Destiny yet. Also a secret strike that has only just been discovered after the Raid was beaten for the first time on 15th of September.

The Raid, something that i haven’t done and after watching the pro Destiny players duke it out for worlds first completion yesterday, its something i don’t know if ill ever be good enough to do. The Last Wish took the guys from Redeem 18 hours and 45 minutes to figure out and take down the final boss. Its being described by many as the best raid ever, with mind blowing mechanics. 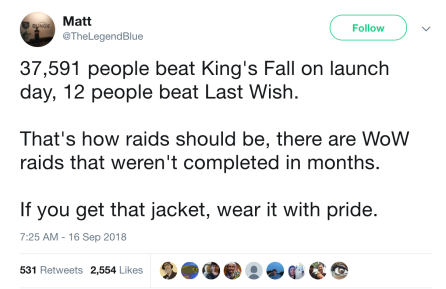 All these things add up to something that Destiny 2 has been missing since launch. Proper difficult endgame activities. You need something to keep you coming back. Im going to spend hours chasing gear so that maybe one day ill be powerful enough to do this Raid. If I’m honest probably half the Raid. Once i find some friends. 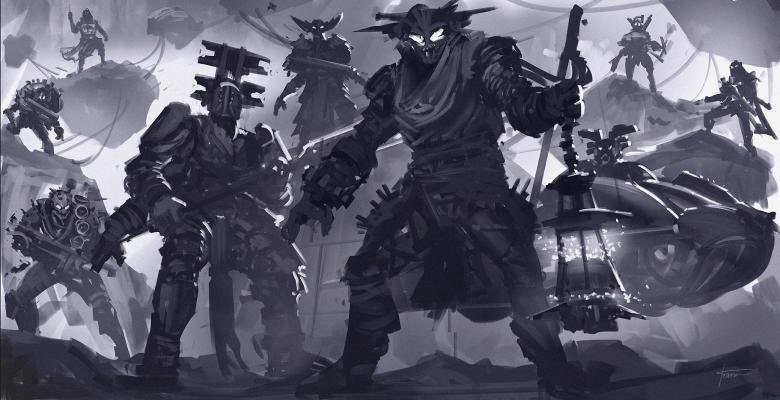 Forsaken is everything the community wanted. Its reached down and grabbed a sinking Destiny 2 and pulled it up well above the surface. From having low player numbers for months, to having over 250 000 people watching it on Twitch yesterday. From having hardly any endgame content to having way to much for a casual like myself to complete in a week is amazing. Bungie has to be congratulated.

Yes there is a Story Campaign, new supers, a new enemy faction and a whole new patrol area that no one knew anything about, which is the most beautiful place in the Destiny universe. The shear amount of work thats been put into this means that if you’ve stepped away from Destiny 2, jump head first right back into it, Forsaken is MustPlay.