Taking a stroll down the beautifully lit streets of Osaka, inhaling the delicious cuisines at each passing restaurant, fronting SIX delinquents, throwing them into bikes and shop fronts, destroying the peaceful vibrancy of the surrounding area.

…And once your done hitting blokes, you can hit the high notes in the karaoke bar!

Thats the wonderful world that awaits you in Yakuza Kiwami 2.

Yakuza Kiwami 2 is a recreation of the popular Yakuza 2 – which hit the scene back in late 2006 on the Playstation 2. This however isn’t simply a graphics revamp – the entire game has been re done to work with the new Sega Dragon Engine. 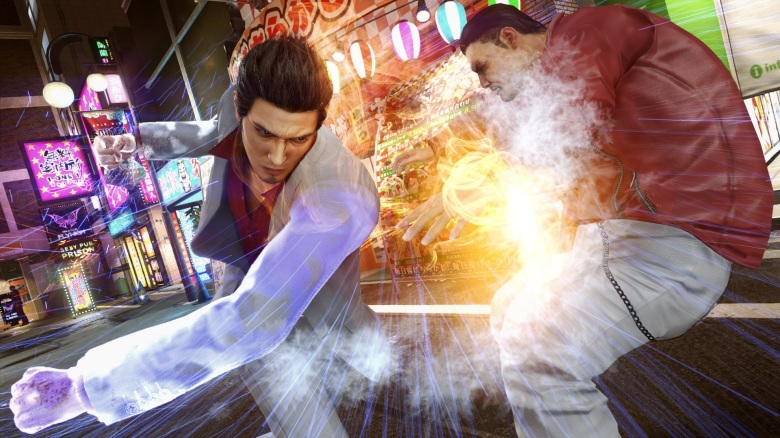 The graphics are fantastic, combat is silky smooth, plenty of additional heat signature moves and a new campaign and playable character Goro Majima. 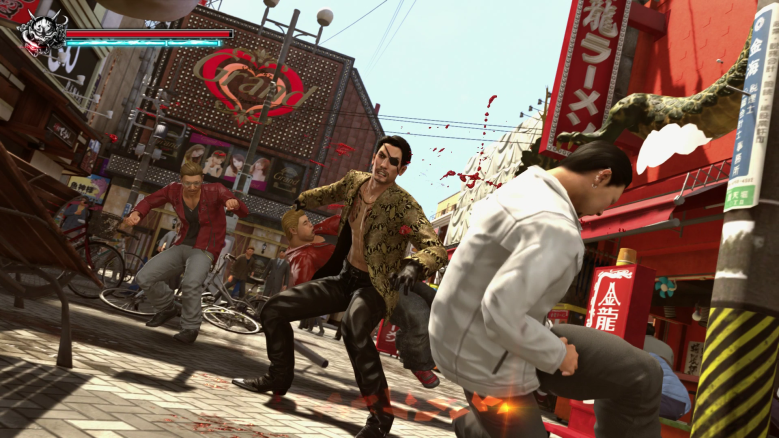 The first cutscene brings you back up to speed following the previous games’ events. It’s cleverly done… Rather than running head first into an unknown story. Straight away you’ll notice that there’s a lot of text to read. We are spoilt with games like The Witcher 3 and GTA where you’re never forced to read dialog while your character makes a series of grunting sounds. Not all NPCs you meet are voice acted, a lot of the side quest characters aren’t voiced at all.

Yakuza Kiwami 2 is definitely cutscene and story heavy, but it’s teetering on the edge of having TOO many.  In my first 10hrs of playing, a total of FOUR of them were spent watching cutscenes… Sometimes you just want to get back into the action – rather than sitting through another 5 minutes of intense frowns.

However, one of the things making this a little easier to bare is the new Dragon engine – on top of the CGI acting scenes and the dialog being re voiced, it really makes listening to the Japanese language even more beautiful. 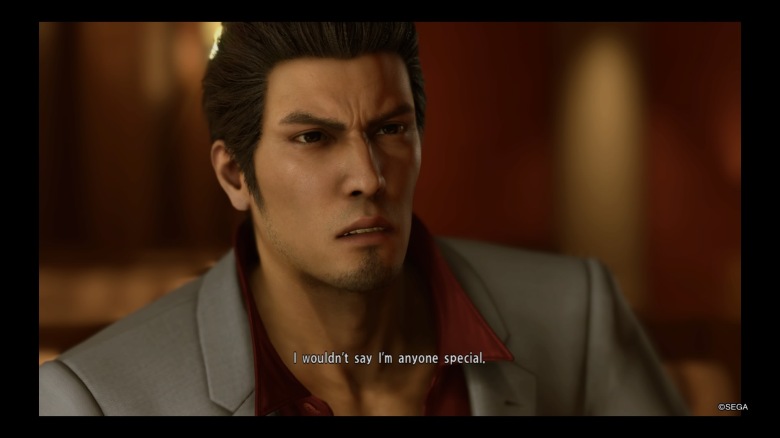 The world reminds me a lot of Deus Ex: Human Revolution. Its not quite an open world game, rather set in a number of sections of a city, accessible by taxis, which can be quite narrow and have a corridor feel. But Osaka and Tokyo are vibrant with plenty of shops and crowds of NPCs walking around. The restaurants are all unique and serve a greater purpose – providing you with health and EXP with differing cuisine, and for anyone who’s had the pleasure of walking around these two great cities at night this game has captured the look and feel perfectly. Finally, a game where I can simply go down the street and eat some ramen, its just like real life! 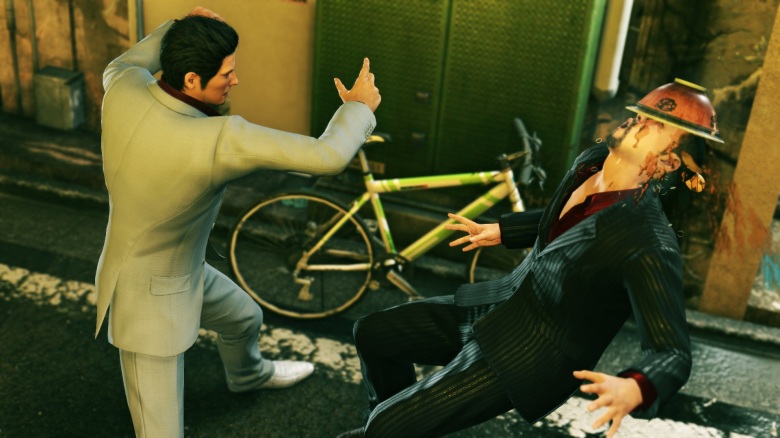 Except for, of course, all of the gangs and delinquents who randomly pick you out of a crowd 100% of the time and want to start a blue. And once you’re done throwing all six of them, pushing them into bikes and and rearranging their noses, the civilians are none-the-wiser. This can be great fun if your running between karaoke bar and nightclub manager duties, but after a while in they got in the way of the main story and I found myself skirting around them. 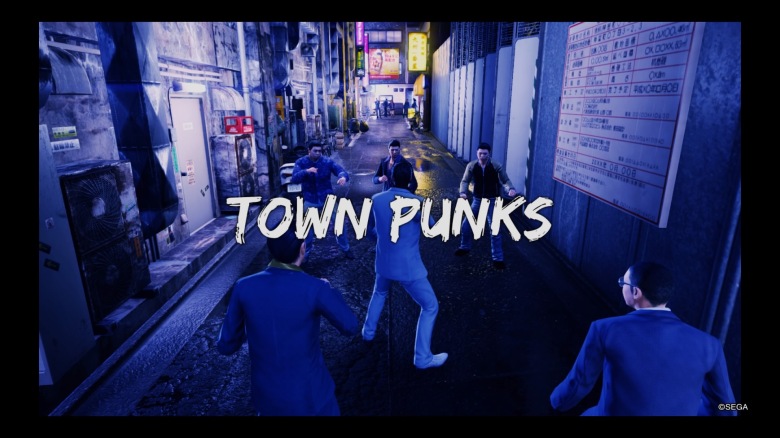 The combat is where Yakuza really shines. It is unbelievably satisfying, there is nothing like walking into a room full of 15 blokes, punching, kicking and throwing them all over the place, not to mention all the bikes, chairs and pot plants you can use ‘Jason Bourne’ style as weapons. The best part of the combat is using the “heat” actions, some of them are down right violent – while others are hilarious. Heat actions can be unlocked through experience, or by completing side quests – best of all, each weapon or random object has its own signature move.

Sometimes I found it difficult to lock onto my target, instead of pulling off the perfect block, I rather turned to have my back facing them and receiving a quick kick to the kidneys. But that happened very rarely and most of the time you are a blur of fists and kicks as you pinball around enemies. 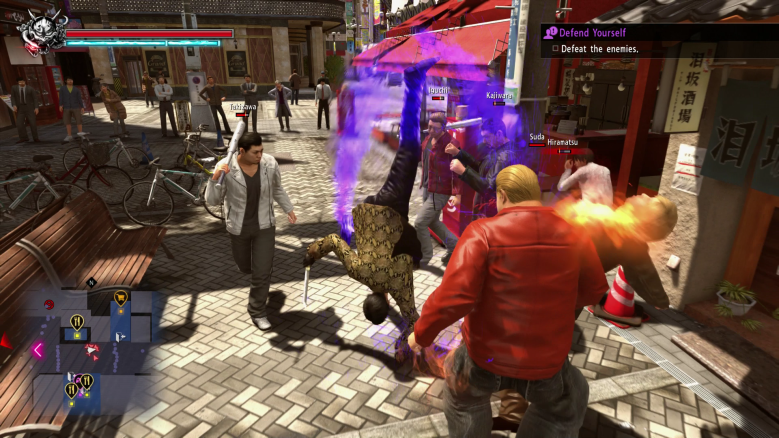 The boss fights are difficult and will have you facing off a variety of fighting styles, some with just pure strength or some that are proficient with swords or guns. These are a highlight of the game, I found myself replaying them just to nail down the perfect combo and finish them with the perfect heat signature move. 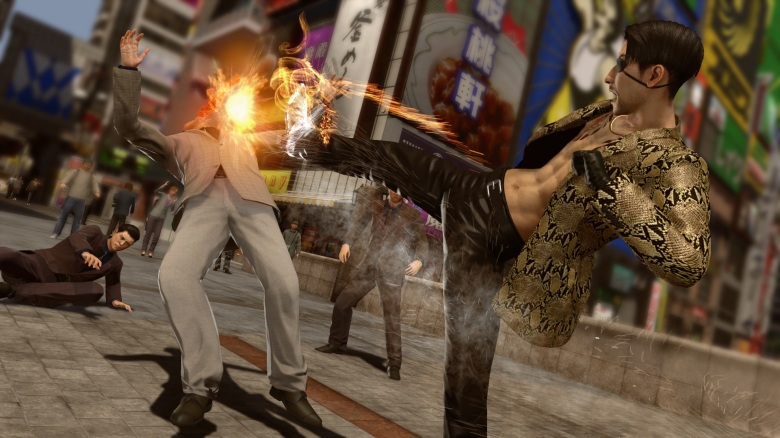 Yakuza Kiwami 2 isn’t just a remake – it’s a rebuild, a massive step up from the PS2 original. Combat is noticeably smoother and with a tonne of additional side content, you’ll find yourself exploring for hours before heading back to tackle the story missions.

For fans of the original; Rejoice!

Yakuza Kiwami 2 stands out along side other modern Role Playing Games. 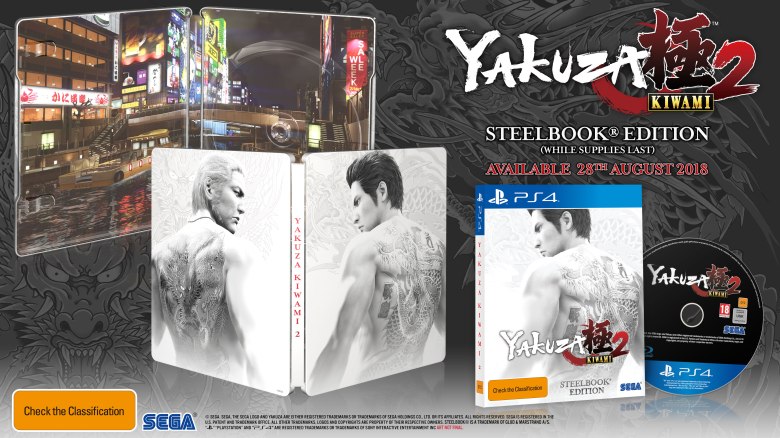 Yakuza Kiwami 2 is rated R and is exclusive to the PlayStation 4.