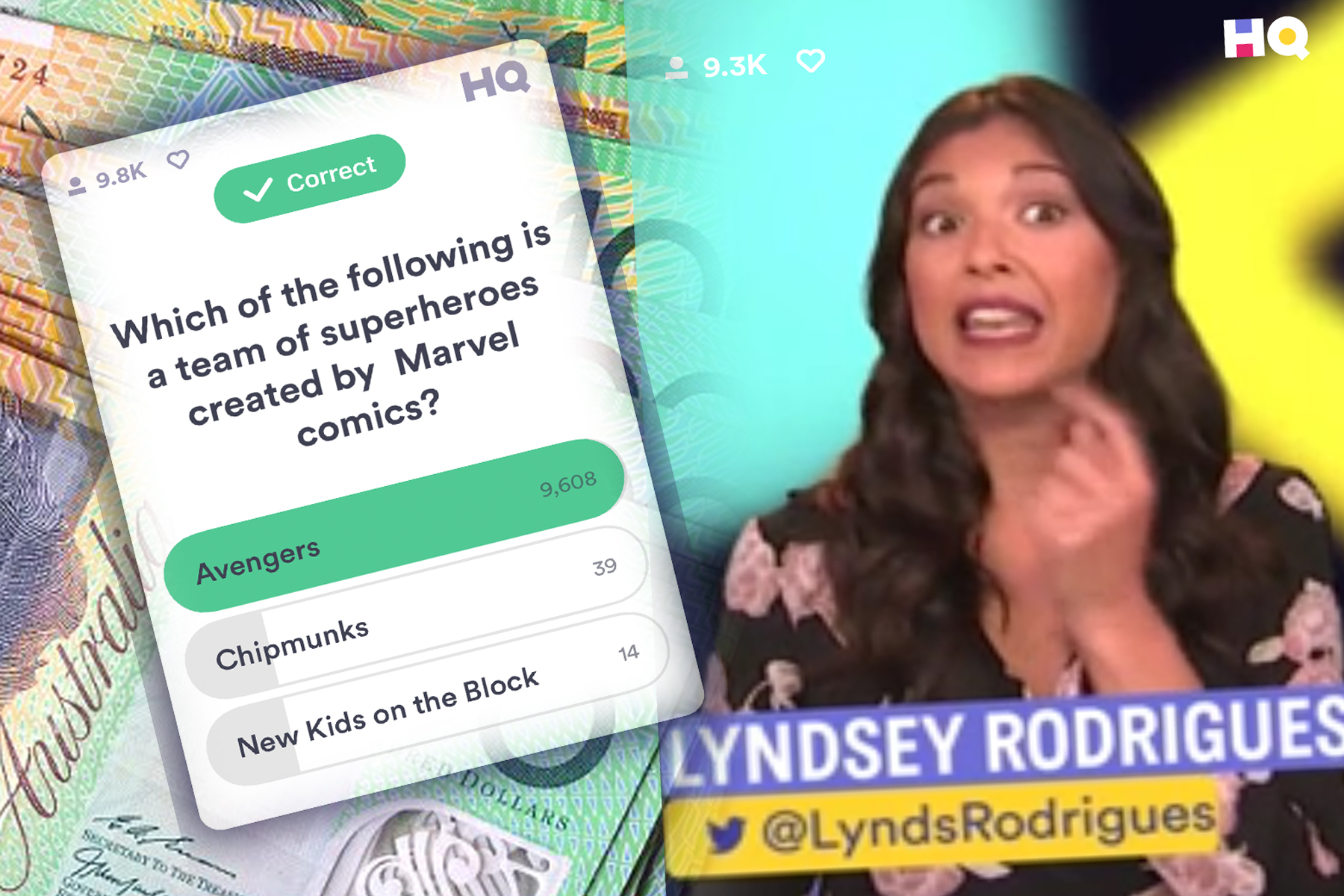 Often find yourself shouting answers to TV gameshows most weeknights?

Here’s something that’ll ring your bell – and could win you REAL money too.

HQ has officially launched  in Australia.

HQ is an app and live trivia game where millions of players around the world tune in to play for cash – all on their mobile phones.

Already taking the world by storm, us Aussies can now reap the rewards… Exclusively!

While you could already jump-in with the millions of others around the world to try for your piece of the pie, this Australian only version just feels that little bit more special.

A “whopping” nine-and-a-half-thousand people joined in on Wednesday night, winners taking home a prize pool of $600.

Questions were broad, ranging from Marvel’s Avengers to Jimmy Barnes to Venetian Blinds (I’ll admit, I did have a go… And lucked out at question 6.”.

Highlight of the game was definitely the Aussie banter in the chat with players sharing their love for Frankston, as well as praising Bunning’s snags.

So, if you’re up for the challenge, download the HQ app and tune in weeknights from 9PM AEST.